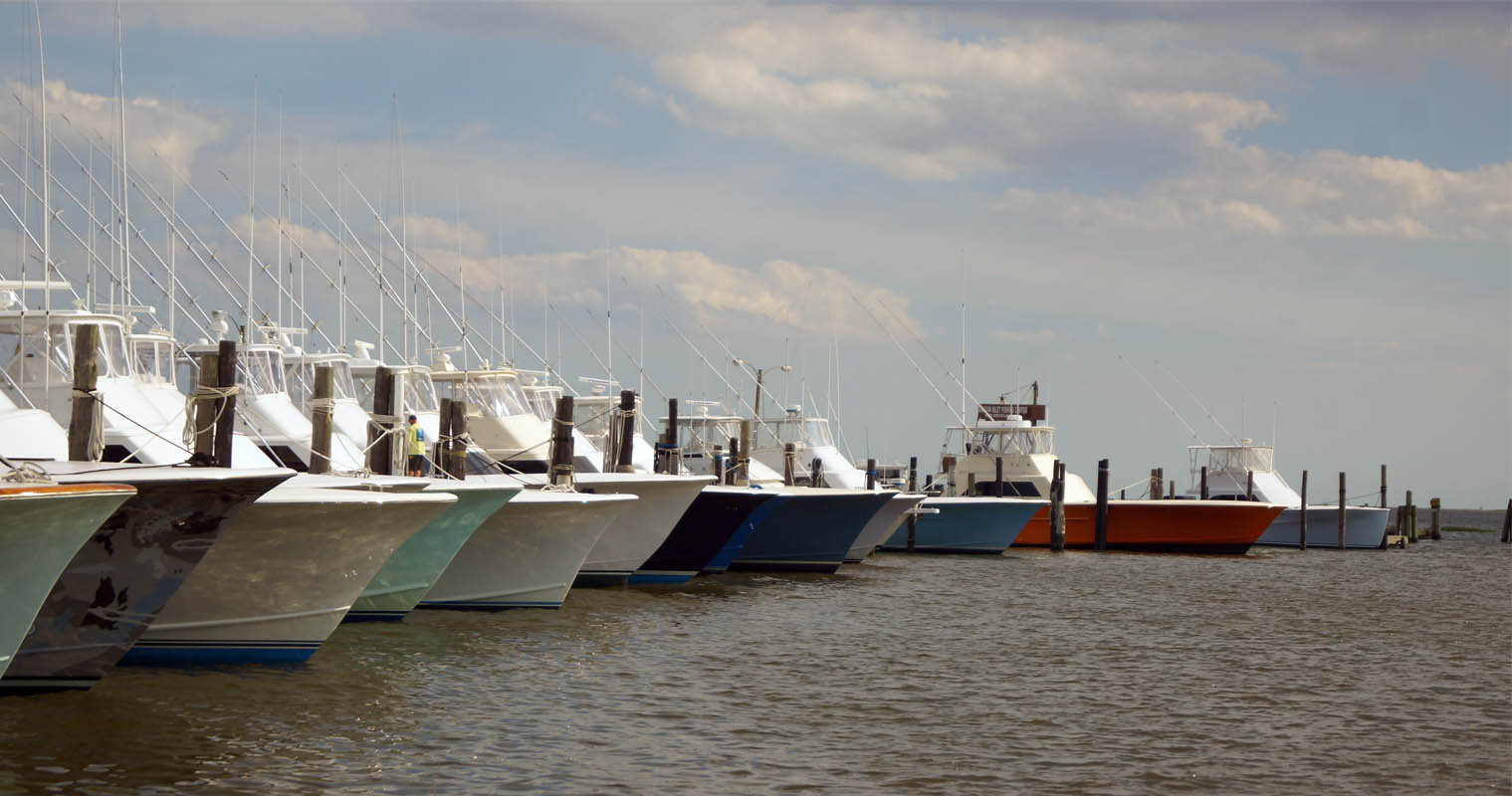 August 2021 – Over the past month, we have received six tag recoveries ranging from the Keys to the offshore canyons in the Mid-Atlantic Bight.  Captains Russel Yates and Robert Clarke are the latest MAB anglers to have recaptured a tagged dolphin that were originally released in the Florida Keys.  These are rare recoveries, as evidenced by the fact that they represent the 21st and 22nd movements logged from the Keys to the MAB over the past two decades.  When compared to past movements, these fish made the swim up the U.S. East Coast faster than previous events (40.5 days versus 57.9 days).  The MAB recoveries were generated by Captain Ed Forrest and Captain Bryan Gilmore fishing off the Lower Florida Keys.

Since May, 668 dolphin have been tagged along the U.S. East Coast for the Dolphinfish Research Program (DRP), and 24 of those fish have been recaptured as of today.  This represents an overall recapture rate of 3.5%, which is high compared to previous years (2.1% in 2018 and 2.2% in 2019).  Considering only fish tagged and released in June in the Florida Keys over the past three years, the recapture rate for those fish was 2.6% in 2018, 2.9% in 2019, and 4.5% this year.  What can explain the high recapture rate this year for dolphin tagged in the Florida Keys?  Does this mean more anglers are fishing this year? That there are less dolphin or dolphin habitat (sargassum) moving through the region? Or, is it a combination of those factors?  We have heard reports from some fishermen that the pandemic has reduced the number of trips they make in a year, but for others, they are fishing more than ever.  We have also received mixed reports about the run of dolphin through the Florida Straits in that it seems the dolphin did not show up and there was a lack of large sargassum patches.  Another factor that could explain the high recovery rate is proper tagging protocols followed by DRP participating vessels.  By tagging vessel, WamJam has a 5.9% recovery rate with 5 of the 84 fish they tagged in June recovered.  Killin’ Time II has a 5.1% recovery rate (17 recaptures from 327 tagged and released).  Last year, WamJam had a .7% recovery rate and Killin’ Time II had 5.3% recovery rate.  Therefore, the uptick in higher overall recovery rate could be simply be due to better tagging protocols used by WamJam.  But, another vessel, Slam Em’ Back Captained by Jay Reid, only tagged six fish and one of those fish was recovered (a 16% recovery rate).  Data such as these collected in association with the DRP are useful in comparing past, present, and future trends for dolphin and are only made possible through the dedication of anglers such as you.

Captain Gary Gambarani and angler Bill Harrington aboard Easton Pool tagged and released a 20″ dolphin in Washington Canyon off Maryland on July 25th, 2020. On September 10th, after weeks of consistent winds held boats back from venturing to the canyons off Rhode Island and Massachusetts, Captain Stephen Viglas recaptured Easton Pool’s fish in Veatch Canyon. This is the 11th within-region Mid-Atlantic Bight recovery for the Dolphinfish Research Program (DRP) but the first canyon-to-canyon northeasterly movement spanning nearly the entire region. When compared with other recoveries reported within Poor Man’s and Wilmington Canyon, mostly from tagging efforts lead by Captains Chris and David Jobes and angler Will Jobes aboard Pair of Docs, the average movement rate of this new recovery is twice as fast as the previous 10 recaptures (6.65 mpd versus 3.36 mpd). This new recovery is a stark contrast to the lingering movements observed within Poor Man’s and Wilmington Canyon and merits the need to tag and release more fish within this region to showcase connectivity between canyons and the movement of dolphin biomass within the region. For this particular recovery, the recapture length is unknown but given the time at large and the average growth rate observed for the program it is likely the fish grew 4” and put on nearly 1 ¾ pounds while at liberty. In the image to the left the numbers represent days at liberty for 7 of the 11 recoveries.