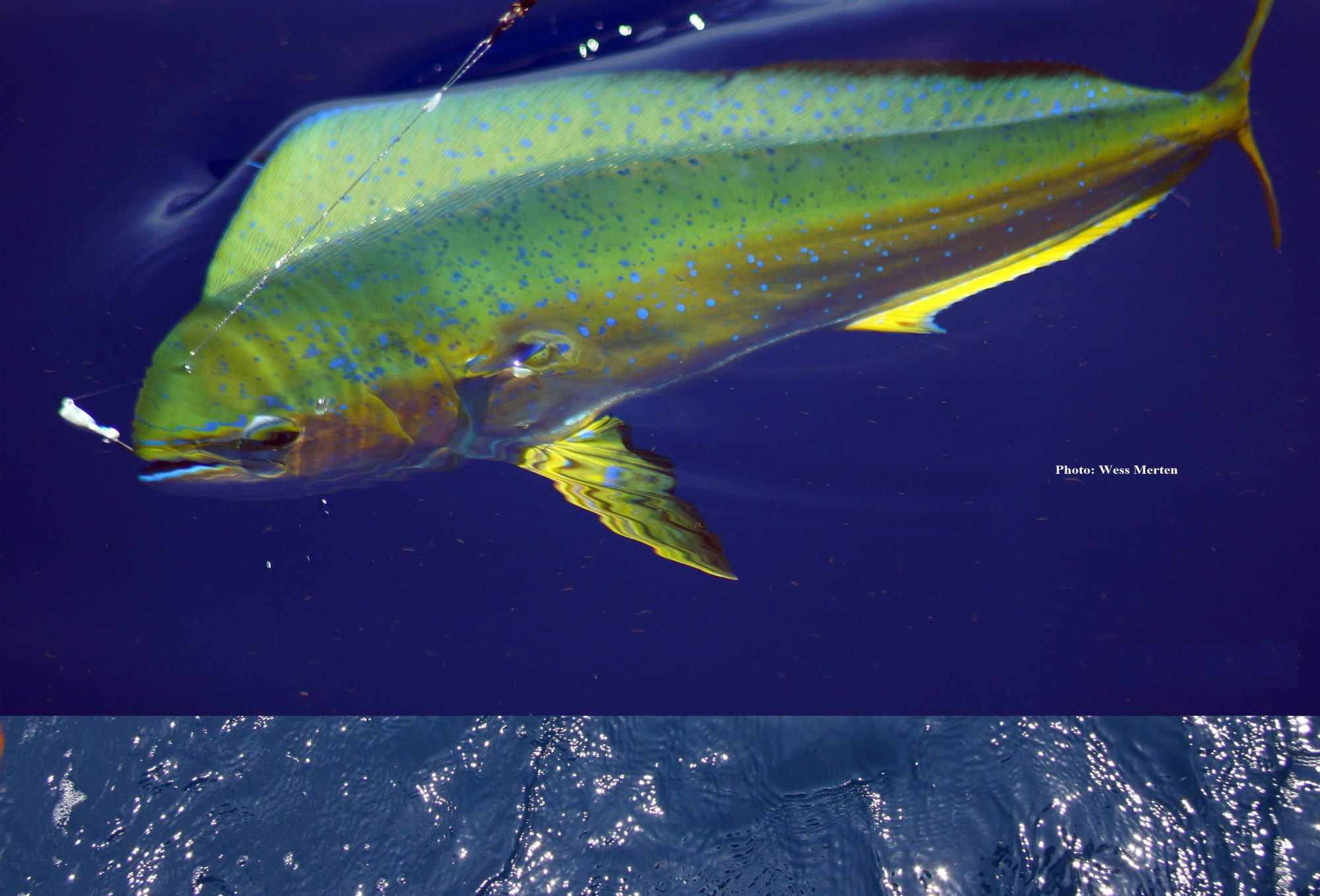 The Dolphinfish Research Program is constantly gathering new data relative to all the locations that anglers tag dolphin for the program.  There are five regions, however, where we have already acquired enough data to begin to analyze the species annual, semi-annual, and/or seasonal movements.  Those regions include the Bahamas, Eastern Tropical Pacific Ocean, Caribbean Sea, U.S. East Coast, and Florida (icons left to right above).  You can view articles and data published on the movements of dolphin in those regions by clicking the icons above.

August 2021 – Just under two decades ago, during a mid-April fishing trip aboard Summergirl off South Carolina, Don Hammond tagged the first dolphin for this tagging program.  Earlier this month, the Wam-Jam Fishing Team, fishing out of Marathon, Florida, tagged the 30,000th dolphin!  While surpassing our 30,000th tagged dolphin is not a scientific goal of the program, it is symbolic of our program’s history and dedication to distribute tags and tagging kits, recruit and engage anglers, and log the data to determine the movements and life history traits of this species throughout the Western Central Atlantic and Eastern Tropical Pacific Oceans.  Given the program’s stready growth in participation, which we estimate has grown to 6,000 anglers throughout our history, the level of data collection has subsequently grown,

and as a result, we have learned a tremendous amount about this species’ annual, semi-annual, and seasonal movements by tagging region (see table above).  As with most scientific studies, there remains much work to be done; for our program, the two major locations for which we have very limited data are the Mid-Atlantic Bight (MAB) and the Gulf of Mexico (GOM).  Recently, two tagged dolphin were reported in the MAB (see article here) and thankfully, this year, we have had tagging participation within both regions.  With a steady level of participation by anglers in the MAB andand GOM, we hope that over the course of the next several years, as we push toward 40,000 tagged dolphin a significant proportion of those fish come from those zones. When combined with our satellite tag deployment efforts, we can effectively fill in knowledge gaps that exist for this species which can aid in improving species management and conservation.  To learn more about our effort in the MAB, visit beyondourshores.org/mab, or to help this effort wherever you fish and reside, click here to request tags.  A special thanks goes out to the  thousands of anglers that have participated as well as the individuals, fishing industry companies, and organizations that have supported our work to achieve at this significant milestone in our history!